Approximate The Distance To Lightning Strike: Know How To Prepare for Storms 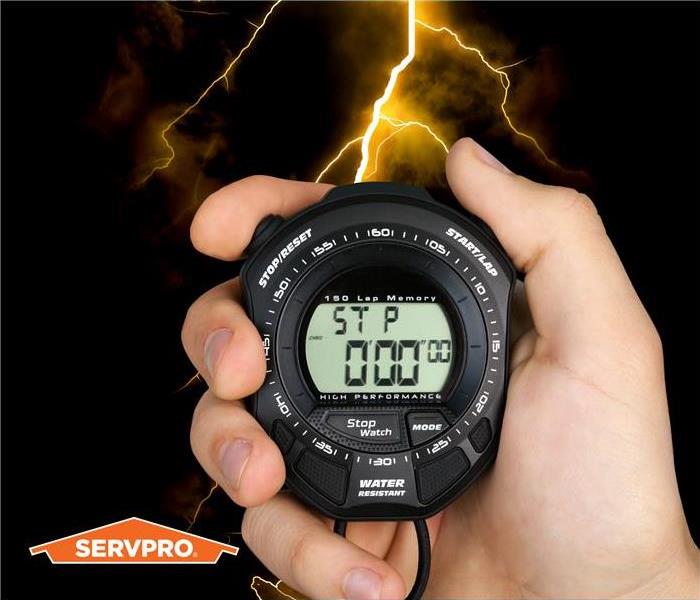 To approximate the miles a strike is from you, count the seconds between the flash and thunder, divide by 5!

Know How To Prepare for Storms

Lightning causes around 43 deaths in the U.S. annually (based on statistics from 1989-2018). Thankfully, this number is only 10% of the average lightning strikes, the other 90% are left alive, but with various degrees of disability.

Nationally, lightning ranks second only to flash floods in weather-related deaths. Lightning is the most frequent important weather threat to personal safety during the thunderstorm season. Since the threat of lightning is so common, it is typical that many have a lackadaisical approach to protecting themselves. The main reason is that people stay outside too long as thunderstorms approach or form nearby.

For example, during the early part of the thunderstorm season, "dry" thunderstorms are quite common. With these types of thunderstorms, little or no precipitation reaches the ground and, as a result, people are less likely to seek shelter.  See lightning facts below for statistics on lightning events.

While most lightning casualties occur at the beginning of an approaching storm, a significant number of lightning deaths occur after the thunderstorm has passed.  If thunder is heard, then the storm is close enough for a lightning strike.  DO NOT wait for the rain to start before seeking shelter, and do not leave shelter just because the rain has ended.

You can approximate the distance of lightning!

Did you know you can approximate the distance a storm is from you but counting the time between the flash of lightning and the thunder sound that coincides with the lightning flash? That means you can, at your own home, with minimal supplies, figure out how far a lightning strike is from you!

From the time you see lightning, it will take the sound of thunder 5 seconds to travel 1 mile. To approximate the miles a strike is from you, count the seconds between the flash and thunder, divide by 5!

For example, if you see a flash of lightning, start a stop watch and hear a large crash of thunder 5 seconds after the flash, your lightning is only 1 mile away! Anything less than 5 seconds is definitely close, so seek cover!

It's not raining, is there still danger from being struck by lightning?

YES!  Lightning often strikes outside of the heavy rain area and may occur as far as 10 miles away from any rainfall.

Will the rubber soles of my shoes or tires on my car protect me from being struck?

NO! However, the steel frame of a hard-topped car provides a sort of Faraday Cage or Faraday shield. This increases protection if you are not touching metal. Although you may be injured if lightning strikes your car, you are much safer inside the car than outside. When skies darken, or thunderstorms are forecast, look and listen for increasing wind, flashes of lightning, sound of thunder, and static on your AM radio.  While no place is safe from lightning, some places are much safer than others.

Where you can go…

If your home or property has been damaged by severe winds, water, or storms—call SERVPRO of Northwest Orlando for a free damage restoration estimate.